Well, it has happened. Post-race blues have hit. Or maybe it’s the weather. For whatever reason, I’m not feeling the fire under my shoes in the same way I have been. My shine is wearing off. The highs of the Princess Half-Marathon are now behind us, and the next race is still weeks away.

Ironically, when I first returned from the Princess Half-Marathon, I was worried about hitting a slump like this. I got myself back out there and, surprisingly, felt great. Without the pressure of training so intensely as I tried to make up for the time I lost due to injury, I felt like I was running carefree. And because I wasn’t so worried about the injury anymore, I was running with a confidence I had lost while running on eggshells leading up to the Princess race, hoping not to be re-injured. Don’t get me wrong, my injury is still not healed but it is manageable. And if it needs to rear its ugly head again, I guess now is as good a time as any with my goal race complete. This attitude gave me permission to run for the joy of it again and I was pleasantly surprised to see my splits dropping as a result. I am not running as fast as I was before injury, but I am slowly closing that gap. 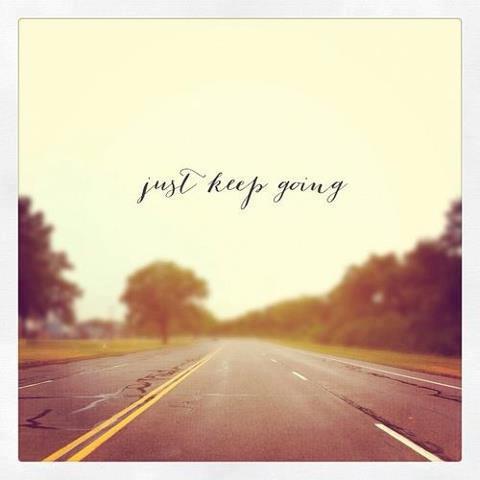 And yet, I feel stuck. We have always said we will share the truths of our training, warts and all. So here it is: I’m in a true training rut.

The truth of it is that I have never been here before, so I’m in unchartered territory. Last year at this time, I was hitting new mileage all the time and entering my first races ever. This momentum carried me through the hot summer months, along with more races, into the fall when I had my best season of running. After the many miles I logged through a hot and challenging summer, the temperature wasn’t the only thing falling – my splits were decreasing too. I was setting new PRs at every distance I raced. I ran my first 13.1 mile/21.1K training run and felt great afterwards. Banging out an 18 or 20K run was just a typical weekend morning activity. Basically, I was peaking months before the goal race. So what happened? Injury.

Once I was cleared to run again, I had desperation and fear fuelling my training. Could I get trained back up in time for the Princess? Would my foot hold out? Was it ready for that kind of mileage? Would a re-injury interrupt my attempt to get back on track? Was there even time to get back on track? I was running every other day, desperately trying to get my running legs back underneath me without re-injuring myself. And I did it. It was not perfect, but I got it done.

With my next half-marathon 8 weeks away, I have been feeling kind of aimless in my training. The momentum I have relied on is not there, and neither is the fear. I have felt more inspired to hit the sack early and listen to a podcast about running than actually go for a run. And as for cross-training, well forget it. I’m still getting the runs in, but haven’t been able to find the energy or motivation to go beyond that. This is sheer blasphemy to my normal self.

Jump on a training plan: It may come as a surprise that I didn’t use an official training plan to prepare for my first half-marathon (I know, more blasphemy). I ran one short run each week, one longer run, and then a long weekend run. I gradually increased the distance depending on what felt good. But this time around is a whole new ballgame. I already know I can go the distance. But I didn’t know how to maintain my fitness in between the Princess and the next race. Given my injury, I also knew I wasn’t running my best. I am now using a half-marathon plan from my favourite gals at Another Mother Runner and the structure it provides helps me to live their motto, “don’t think; just go.” I don’t have to worry about deciding what distance to run, they tell me what to do. When you’re feeling a little aimless, this kind of direction is helpful. 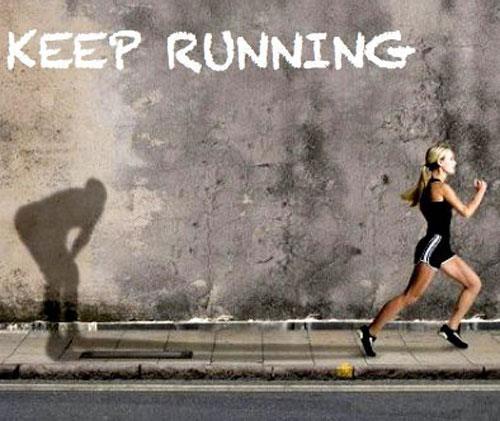 Rest is not a 4-letter word: My preparation leading up to the half-marathon was intense, physically and emotionally.  So that may be the reason my body needed a break on the flip side – early nights and mornings that do not involve an alarm feel like the greatest gifts. Earlier this week, I decided to pass on the elliptical machine for an early night to bed, listening to a podcast about running (again, from my fave gals at Another Mother Runner – these podcasts are fabulous. And for what it’s worth, Dimity completely agrees that this counts as cross-training!). At first, I felt guilty for blowing off a workout…but then I realized that I was giving my body, and mind, something it needed more. Of course, I can’t say this every night!

Trick yourself: The thought of cross-training is just not appealing to me right now. I don’t love it like I do running. And lately, I just can’t find my “get up and go” to go hit the elliptical or do a boot camp session. So I decided to trick myself into doing some strength training instead. I reasoned that I could do 15 minutes of strength work and still have time to hit the couch for Survivor. I did several variations of the plank, sit-ups, push-ups, v-sits and hand weights. I probably ended up going closer to 20 minutes, but I wasn’t really counting because it was a short burst of intense work that was over quickly. It felt more manageable than investing a full 30 or 45 minutes on the elliptical machine. I almost thought it was too easy to count as a workout. But 24 hours later, I can feel it in my core! Sore muscles are happy muscles, right? So I am now committing to do this 2-3 times each week. Bite-sized, baby steps I can handle.

Be nice to yourself: As negativity started to take firm hold, I made a conscious decision to be my own best friend. Instead of being hard on myself about my lack of motivation and energy, I decided to go the opposite route. I thought about what I would say to a friend in the same situation. And suddenly I was much more open minded and understanding. It’s unfortunate how we are so often our own worst critics. It helped to try and understand why my body might be tired and what I could do to meet those needs while moving forward, instead of just being irritated and down on myself.

Plan something fun: To me, right now, 8 weeks might as well be a lifetime away. I can’t wait that long for an endorphin high with friends. Because misery loves company, I was somewhat relieved to hear that my BRFs are wrestling with a similar slump. With Princess Alana’s birthday coming up, we decided to plan a birthday run! Alana and our fellow Princess Laural will be descending on Kingston next weekend in their sparkle skirts for a group run, followed by lunch out and some window shopping. It seems to be exactly what we all need!

Moral of the story? Even princesses hit a slump sometimes. We can wallow in it and let it completely sideline our training, or we can try to find a way to get ourselves to a healthier, happier place. That is what this journey has been about all along. No one ever said happily ever after would be simple, right?

Tell us: how do you motivate yourself through a training slump or plateau?

10 thoughts on “Surviving a Training Slump”